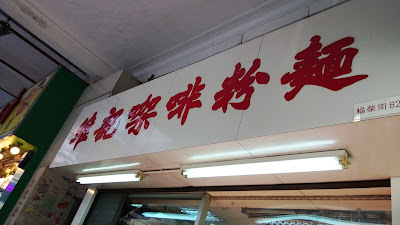 If you were to tell a foreign visitor thinking about planning a meal in Hong Kong, the last thing on their mind would be something like....well....pork liver instant noodles! Sure, you can find innards in the cuisines of European countries, but they are usually braised and stewed to the point where there's a lot of flavor and is mixed in with some thick sauce.

But made into a sweet delicate soup, to the point where the liver tastes decent, that captured the hearts and minds of a lot of locals? It's pretty hard to comprehend, until you actually come here for yourself. 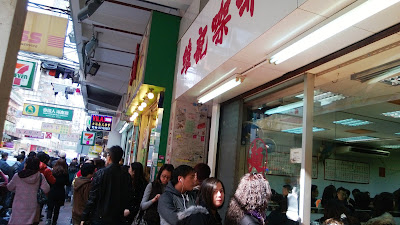 From a small storefront that expanded to two additional locations on the same block (to accommodate the ever increasing crowds of locals and visitors from other Chinese speaking countries), the cafe's success can be attributed to just taking some very simple things and doing them well and right, on top of being efficient. 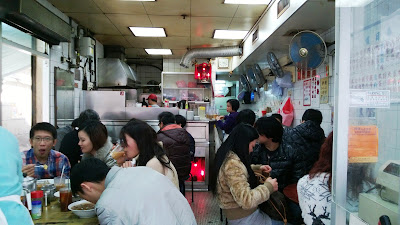 It's pretty simple, you wait in line until some space is freed up, and you join in the fun at an available seat. Communal dining, but you pay your own share of the bill. 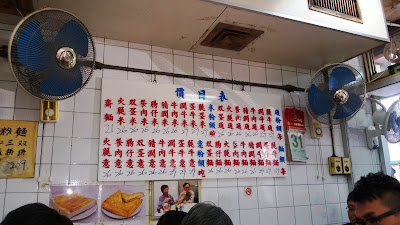 Can't decide? Here's the menu from January 2013. No doubt with some inflation the current prices will be 5% to 8% more than what's listed. First, choose your carb of choice. Macaroni, instant noodles (they use the Doll noodle brand here apparently), spaghetti, or rice noodles (mai fun).

Probably 99 out of 100 customers in here order the signature, and that is pork liver with pork liver soup in instant noodles 豬潤麵. The cooking process is somewhat of a trade secret, but the broth comes out tasting very clean and sweet, despite the uhm "floaties" from the blood and gore. 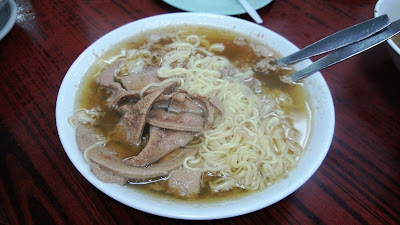 Don't like liver because the cholesterol? Well you can have the same broth, but put in the typical fried egg and spam if you like (complete with blood bubbles, who needs molecular cuisine here?) 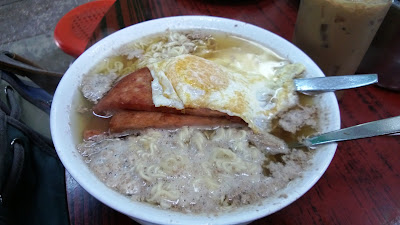 The iced coffee here is quite splendid, although I would recommend asking for it less sweet. It is way better than the one at Australian Dairy Company 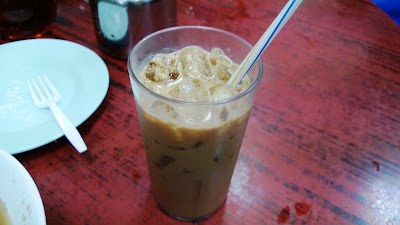 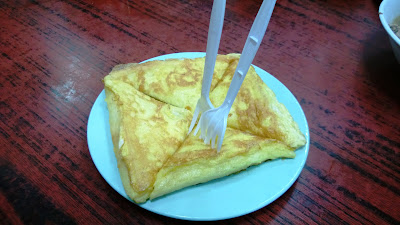 Still got room? Well then get their Kaya French Toast 咖央西多士. It is one of their other must try signatures. Think of it as dessert, if you are not having this early in the morning. This is done quite refined compared to other cafes out there (where the HK style French toast is typically deep fried and clogs your arteries). The Kaya jam is made in house, and has a nice coconut and almost pandan like accent to it, and is quite a delight.

So either you get it, or you don't, and that is ok. But the fact remains is that it started with pork liver instant noodles that turned into a household name. Would I do this again instead of ramen? Very much likely so!